Great success for our client Fortinet, who has been mentioned on February 16th article on italian newspaper Corriere della Sera about IT security.

The article concerns the increase of cyberattacks in the world against different types of organizations, with a particular mention about damage to health facilities. The main system of attack is the so-called malware, a type of program used to disturb the operations performed by computers. In 90 percent of cases this method is used for the purpose of extracting information through which to build scams.

Fortinet has been mentioned about the Threat Landscape Report in which it gathered data from 450 computer security software providers around the world. According to the report, in 2018, there was an increasing of cyberattacks against the so-called ‘Internet of Things’ (IoT). The IoT is the extension of Internet to the world of objects and concrete places. These attacks have not yet led to direct consequences on patients’ health, as the main purpose of hackers is blackmailing to get money. However, the problem remains very serious as it goes to affect personal and sensitive data. 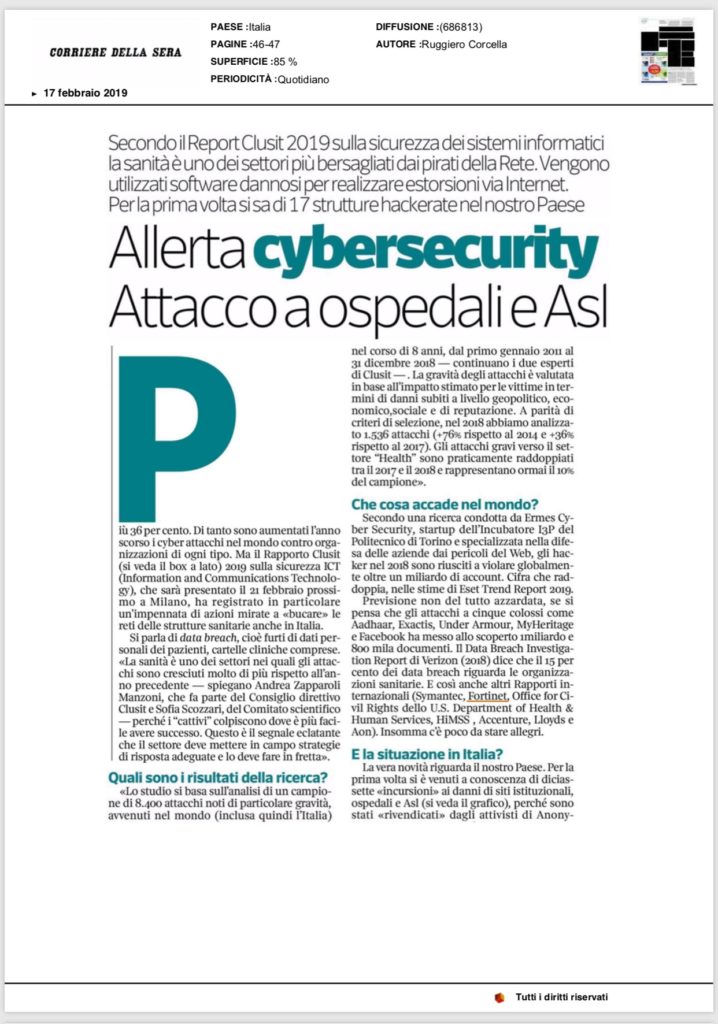 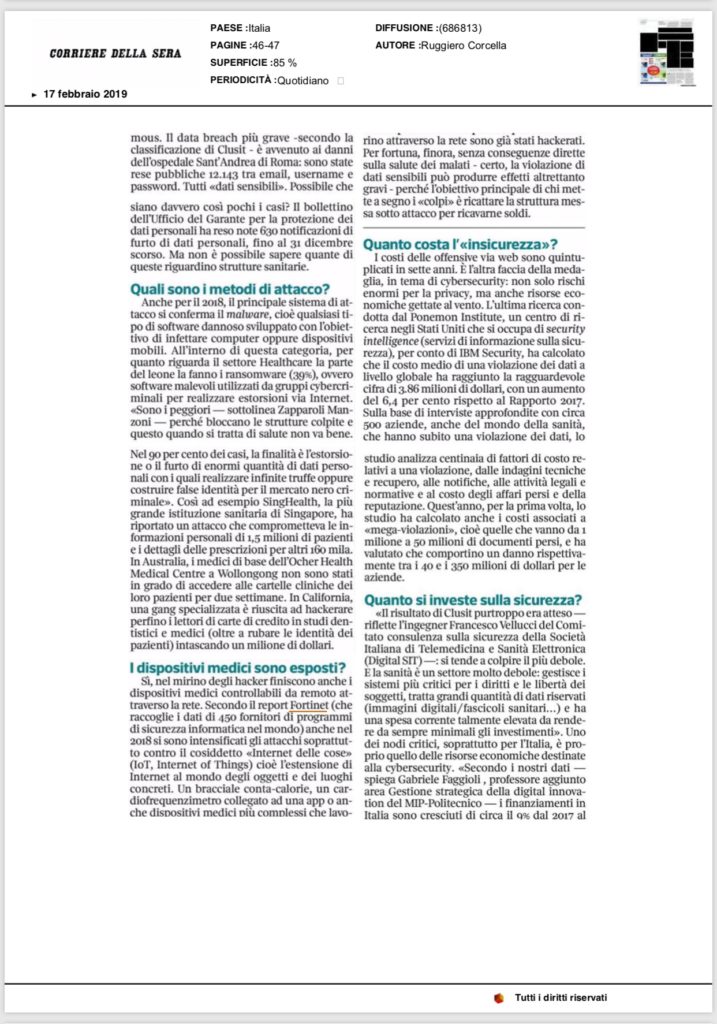 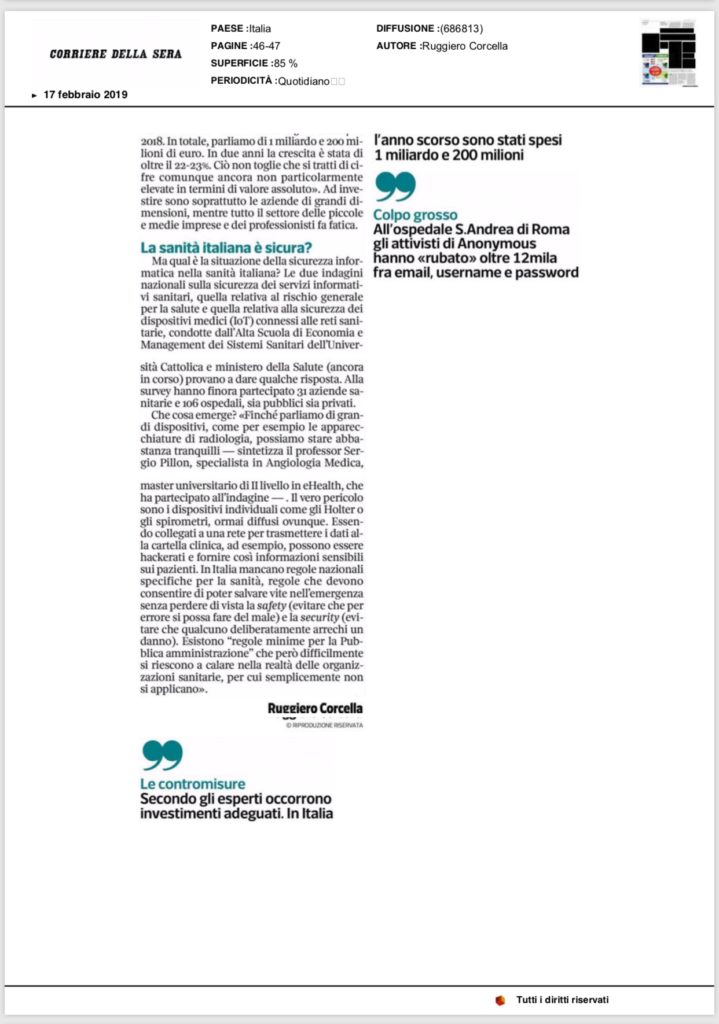 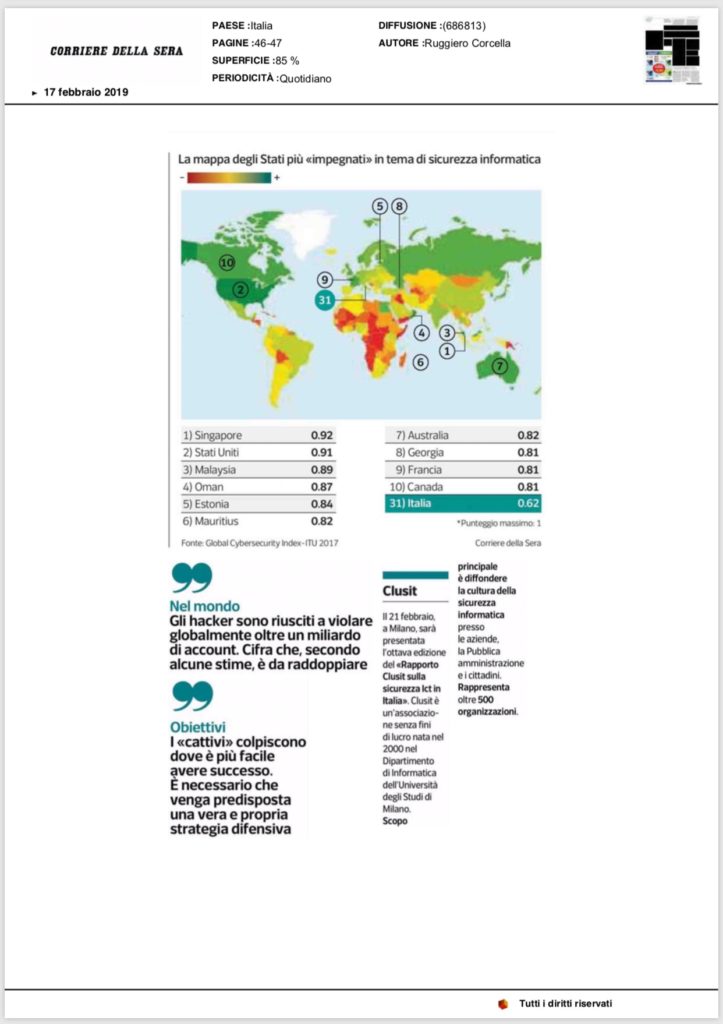